Optionally available the function of long hot reservation of the rectifier bridge.

The power circuit of the pathogen is shown in the figure. The transformative part consists of two three -phase bridge rectifiers (Larionov scheme) connected to the load in parallel. The control of rectifiers is separate. As power semiconductor devices, non -estate thyristor modules fixed on the cooler plate are used. The removal of heat from the cooler is by natural convection. 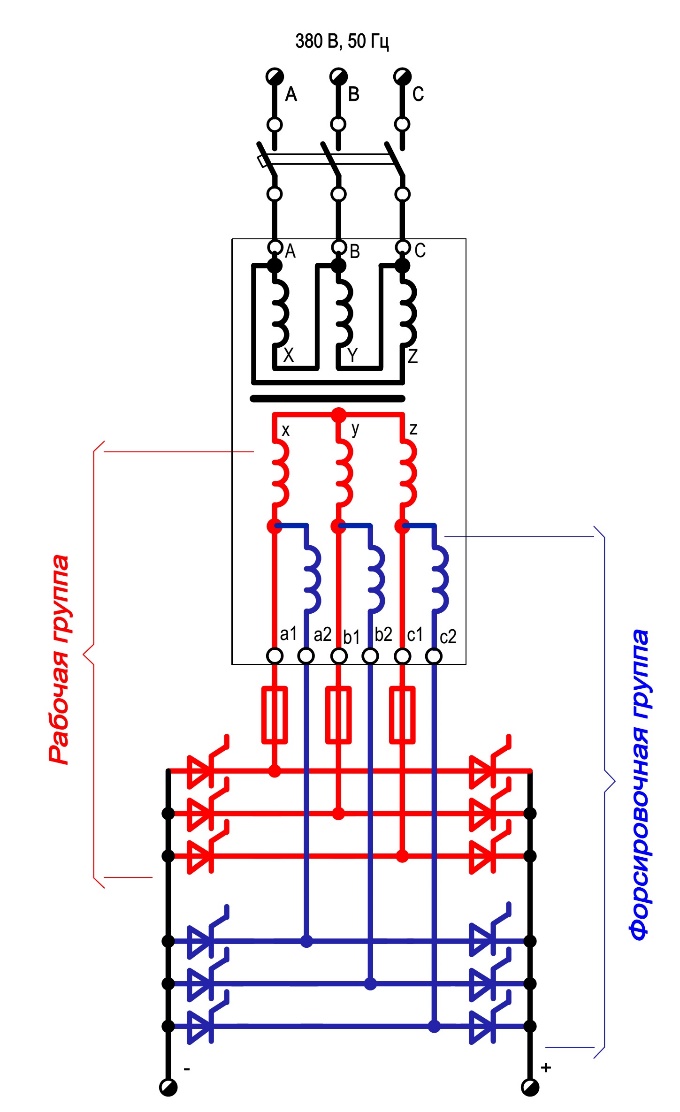 The standard exciter (with one rectifier bridge) to provide the required force forces () must have the necessary reserve of the regulation range.

The connection of the output voltage with the supply voltage of the secondary winding of the transformer, for a three -phase bridge controlled rectifier, can be evaluated using the expression:

Since the consumption of reactive power directly depends on the control angle, the regime is characterized by a significant decrease in power coefficient.

The solution to this problem is achieved by the separation of the formation of an output working and force voltage from individual rectifier bridges. The power of each bridge is provided from a separate group of secondary winding. The supply voltage of each group is calculated in such a way that with a nominal output voltage, the control angle is optimal in terms of ensuring the best energy characteristics.

The forcing of the output voltage is provided not by a deep decrease in the control angle, but by the transition to the force group.

The table contains a comparison of the energy indicators of the operating regime for VTE -315/48, with the frequency of the forcing of a voltage of 1.75.

Table-comparison of the energy indicators VTE-315/48 with nominal output parameters 315A, 48V

As can be seen from the table, with the same output parameters, VTE ECO POWER coefficient 2 times higher, compared to the standard exciter.

Due to the lack of a regulated mode, BTE ECO Power </ Sup>, when working with nominal output parameters, has a level of output voltage pulsations 3-5 times lower compared to standard. This helps to reduce the induction heating of the rotor from the harmonic of the current and a decrease in the probability of breakdown of the rotor isolation.

Reservation of the power part

In the ECO POWER exciter has an effective protection system from possible emergency modes, combining the high -speed microprocessor system and hardware – an automatic switch at the transformer input and high -speed fuse at the phases at the entrance of the working group’s bridge.

The exciter has the function of reservating the working group when a malfunction occurs in work by switching to a force group. The transition is carried out in automatic mode when the system is detected by a malfunction.

Reservation on a force group is permissible for at least 20 minutes, which is enough to switch to a reserve unit, or a regular stop of the mechanism. Optionally available the function of long hot reservation of the rectifier bridge.

Otherwise, VTE ECO POWER provides all the functions of its predecessor – the VTE exciter.

The structure of the symbol 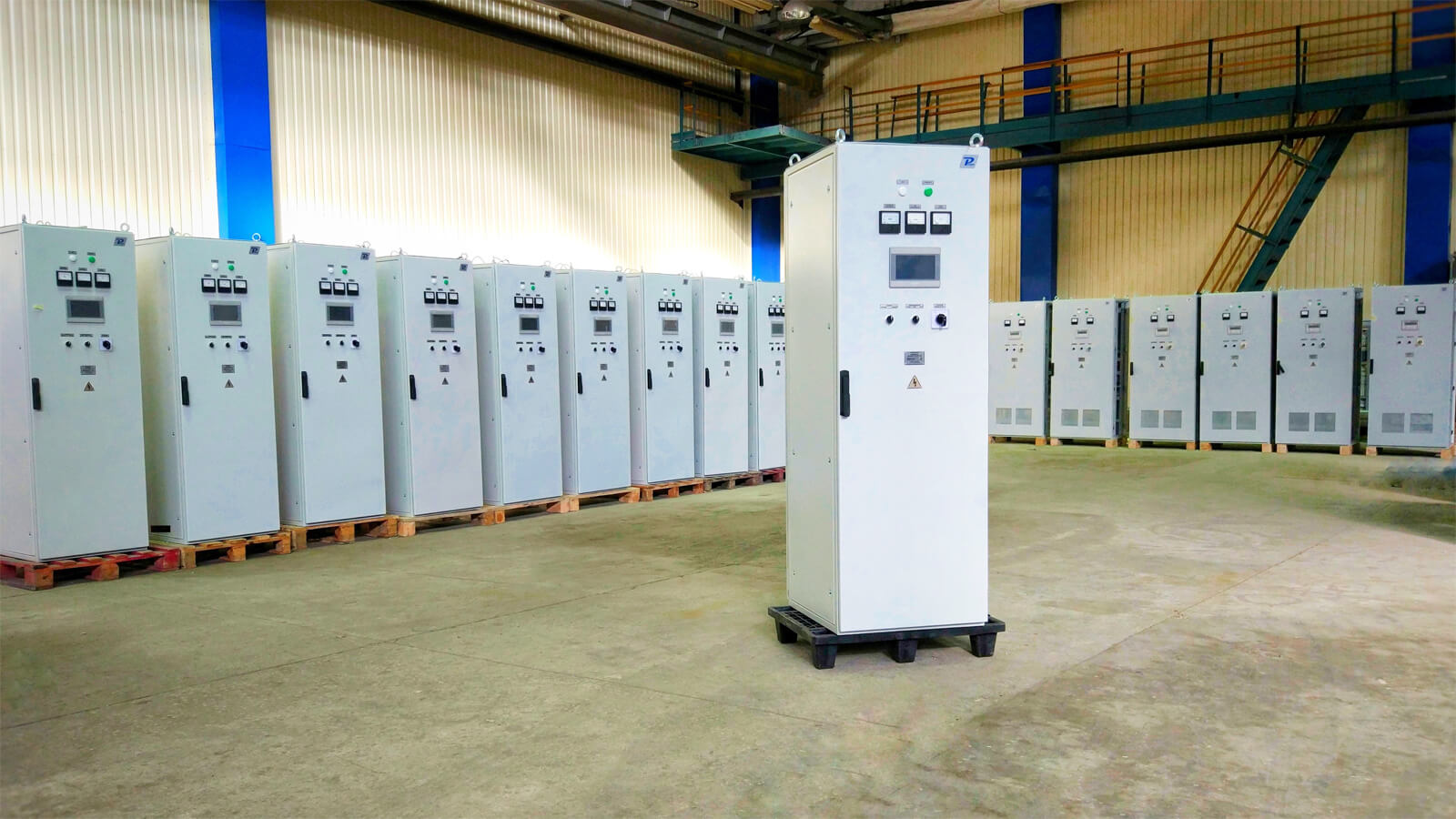